Youtube.com I love you

Posted on August 28, 2006  Leave a Comment
Filed under Animation, Education

I still haven’t set my mind as if browsing Youtube.com is a waste of time or not but one thing for sure is that it allows us to find Animation treasures that we would have missed without it.

A selection for this week:
9 Old mens’s Ward Kimball interview on Disney Channel 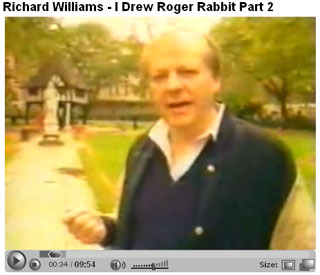 Richard Williams – I Drew Roger Rabbit Part 2
Take your time machine and have Richard Williams give you a lecture on walk cycles live from Soho Square in London. This is the second one of several Youtube posts about the guy who helped a lot of people to better understand animation.

Last but not least, Glen Keane.

Let’s thank Sheridan’s student Alan Cook for all those treasures and dont forget to check his blog, he has got an awfull amount of animation student’s blog linked.