While doing some research for my Character Design workshop I found that great acting moment in the Hammer’s 1960 adaptation of the 1886 Scottish novel where Dr Jekyll’s doctor friend start realising that the character standing before him is none other than his dear fellow.

Ideally we want to find real life references but those are really difficult to find and we usually don’t have a video camera rolling when we experience those moments so that sequence could be a great one to refer to when animating “takes” or when we try to conveying thought process.

Pay attention to how he relaxes the muscles around the eyes when in shock then contracts them with a subtle shift of the head as if to get closer and focus. Also notice the really interesting things he does with his lips, 10 then 12 seconds into it.

Hit the link for a quicktime version as usual and find the full movie below. It is an interesting take on the original story and it features the great Christoper Lee as the doctor’s wife lover. The featured sequence takes place around 1h26 into the movie. 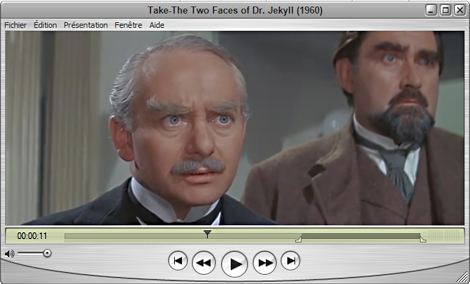 “This is what you need”, planning

Here is the follow up to my planning with two animatics and a composited full body video references. This is a quick post as I am pretty tired from a freezing sunday sketchcrawl.

It is very likely that the acting will call for a specific framing but I also need to think about overall motion/choreography as I want to use the visual space to its full potential but also the set and the props as much as possible to create a specific performance and avoid clichés gesture or twinning. This is what thumbnails allow me to do.

I would actually recommend reading Nick Bruno’s excellent “How I approach my shot” blog post.
http://nickytwoshots.blogspot.com/2009/02/how-i-approach-my-shot.html

A great mistake with that kind of shot would be to have both characters standing up and gesturing for the entire shot as this would have created a really boring performance. I then remembered “Brazil”, a great shot by Jeffrey Engel where the speaker walks past behind the second character and decided to incorporate that. This is something I had seen in Ratatouille a while back and always wanted to use in my work.

I ran out of ideas for the end of the shot then realized that I could just cut to a close up with an over the shoulder shot.

In the video you will also see that I wasn’t too sure what to do with the second guy then decided that he would have his cap on at the beginning of the shot then take it down after Palpatine points at it when saying “hard work” and “disco Santa Claus” as to show that Anaking his ashamed of his situation.

One sequence that might not be clear in the video ref is when Palpatine lifts Anakin and straighten him up on “you need charisma” but the blocking will show that a bit better.

Alright, here are the different elements of my planning, the second animatic was a test to see how the shot would play out with Palpatine being on the other side and ending up leaning on the box. As you can see, I am still pretty unsure about the framing of the first shots, wide shots or medium shots? we will see in blocking. 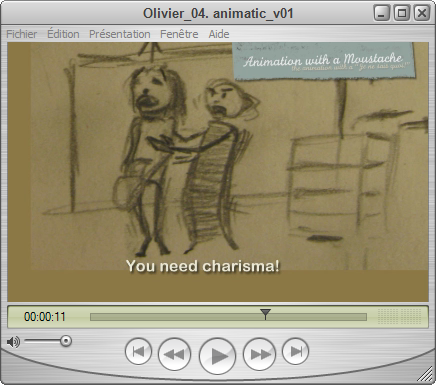 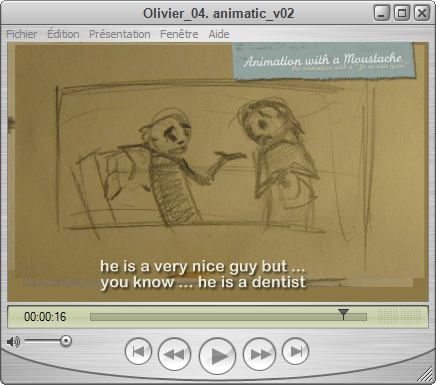 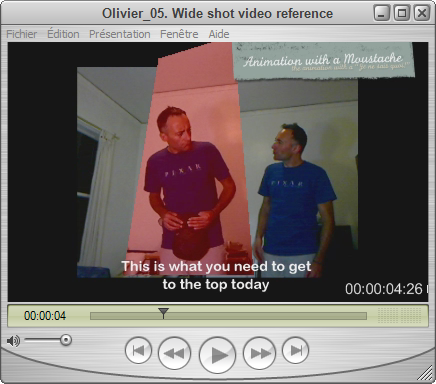 Related posts:
This is what you need, gathering references