here is something i wanted to post for a long time but I was waiting to do something soooo fancy that I never posted it. Here is a rough version, at least it gets the idea across.

This is the layout of my hotkeys (keyboard shortcuts) for animation. I am missing the Frame all, use CTRL+F I guess.

I also allocated functions to Z X C but can’t remember exactly what they are. Probably related to playback forward an backward. I am toying with the idea of breaking my IBM keyboard in half so I can get rid of the right part of the keyboard and make it fit nicely next to my Wacom tablet. 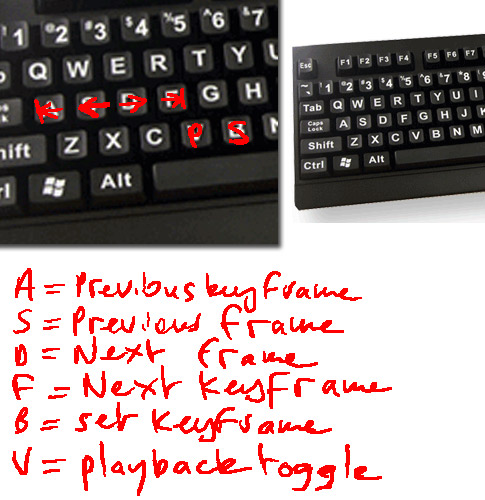 Posted on February 26, 2007
Filed Under Portfolio | Leave a Comment

just bought Open Season’s DVD and had to model something based on it. The designs are soooo great, some sort of UPA revival. Done in Max in 2 hours I think. 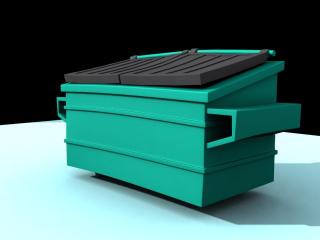 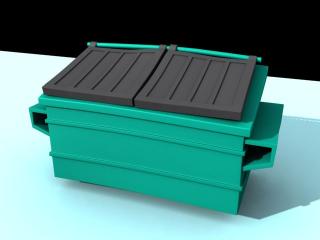 [update] I don’t use the GI joe script anymore and now go with Mental ray GI preset. I no more use Lluis Llobera Reset Channels script anymore, I just zero things out in the Maya channel editor.

I created a set of icons for the mel scripts I use the most. Click on the picture to download them all and also a nifty Xsheet script someone created for me.

Michael Comet’s autotangent download the whole cometScripts.zip pack and only extract autoTangent.mel He also has some cool parenting scripts but that’s an other story. [update] I currently use a hotkey for that one since the only value I use is the magic 4.2

Luis Llobera Make button . LLMakeButton IS A MUST!!!!!!

Zoomerate great to zoom and pan into your camera view without moving your shot camera. Perfect when animating fingers or eyelids in the camera view.

Tween Machine by Justin Barrett. An other must have script!!! It allows you to create linear breakdowns while in step mode and favour the previous or next pose. I just upgraded to version 2. The new interface takes a bit more screen space but you now have the option to use buttons or a slider, great for people suffering from RSI.

An other script I use all the time is Aaron Koressel ackSliceCurves. I use it so much that instead of a button I just use “Shift + b” as a hotkey, b being the “set key” hotkey for me. This script is great if your default tangents are set to step.

Xsheet is a little mel script someone on CG talk created for me. The script tells you on the viewport how far you are from the previous keypose. Great to learn about timing.

At least I can comfort myself and say that just like 900.000 other Registerfly customers, I am victim of a huge criminal affair, the Registerfly story would make a great plot for a hollywood movie.

Just the short story, it is 2.45am and I am still trying to rescue my customers domain names and my own ones.

I will just quote this extract from counter official Registerflies.com website:

Attention everyone. I just received confirmation that the Registerfly site has currently been hacked into and taken over by Kevin Medina in the Florida officeI was asked to put this up here due to the amount of customers that are sending money. At this moment, they are trying to get police in Florida to arrest Kevin immediately..”

Yep the site has supposedly been hacked by their former CEO who took refuge in Florida where he would be still operating, putting in jeopardy a shy 2.000.000 domain names.

I am soooo tired about those 2 companies and hopefully complaining about it on my own website will not attract any censorship.

Registerfly for a start. Just DON’T BUY ANY DOMAIN NAME FROM THEM!!!! if you are lucky and only have one or two domains then you are gonna be fine but if you deals with several website and run into problems…. don’t expect them to help you out.

I used to use the ticket service to get technical support but after 1 week of being ignored I started to use their phone number (they used to have a chat application but it was too ridiculous) DONT CALL THEM! If you are lucky you will get an answer within few minutes, up to 45 minutes but just don’t bother, they will always tell you that they “are really sorry but their system is currently down and they can’t check anything right now but in 24h everything should be resolved”… I waited one week , I still get the same answer and the support ticket still hasn’t be processed.

You don’t know what to do? Well try GoDaddy.com for a start. I usually try to to resist advertising featuring women in skimpy outfit but the switch seem unavoidable.
Now, Mediatemple.net….. I have always found Dot net and Dot org domain names so ironical. In few situation I found website owner trying to buy some sort of respectability or friendliness by putting a .net or .org at the end of their domain name. Was Apple.net already taken when Steve Jobs embraced internet?

Mediatemple…..ok I can’t be bothered. Just for the sake of it, a short version. Where do you hear about Mediatemple? Surfstation.lu, Designiskinky, K10k.net. I was at recent graphic design convention and they were giving away free stickers expecting people to place them on their MacBookIntelOSXProDuoCore. Too bad I am on PC mate!

If you are involved with Graphic Design then yeah, you just can’t avoid them.

Two years ago, fed up with Rip off and unstable Webfusion/Pipex, I tried many hosting company and finally stuck my Mediatemple sticker on my PC… yeah under heavy brain wash how can you still resit guerilla marketing?

Ok yeah the short story. I have been with MT (sounds cool MT right? MT.net ;-) ) for about 2 years. First year was fine, second year was atrocious. I am a lucky bastard who happen to be on a server that still runs MySQL pretty smoothly but it wasn’t the case for other people. My problem then is not MySQL but email server related. They go down so often that I lost count. The funniest part is that they keep telling you that since they moved to “The GRID technology” (they haven’t done marketing school for nothing ya know! and look at the CG rendering of their so called Grid Servers? The two G5 they used for hosting probably wouldn’t have appeared serious enough) there shouldn’t be any downtime anymore….Downtime however do happen so they put new clusters and tell you “we added 40 new processor cluster bla bla bla so the situation should be resolved”. One week later they announce that they need to put 40 more clusters!!!! What a joke.

Oh yeah you can always take a dedicated server and try to trouble shoot their technical problems by yourself !

And for the fun of it read their System Status panel to see the biggest bunch of Mediatemple fans appraising the good work at their holly hosting company despite their website being down for more than 48h. Don’t expect to see my comments, they get edited out most of the time.

If you can afford to have your website down for more than 48h then you can surely add a .net or .org at the end of you domain name! 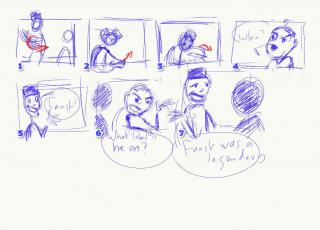 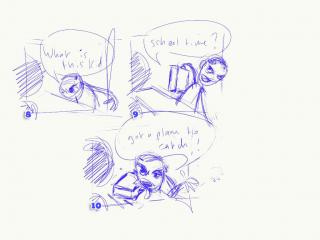 Posted on February 15, 2007
Filed Under Animation Mentor | Leave a Comment

Just like in Class1 where we had to try to replicate and enhance some cool body poses based from life with our Stu rig, we are now using Bishop to replicate facial poses based on pictures or movies.

Here is a selection of my various attempts. My mentor Morgan Kelly made few comments which I still have to address.

credit where it is due for the photographic references and especially Ambrel.net Home of the Vain 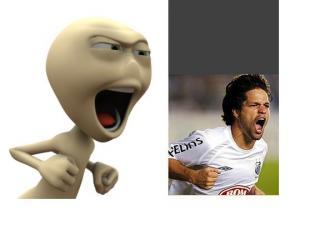 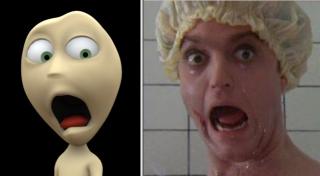 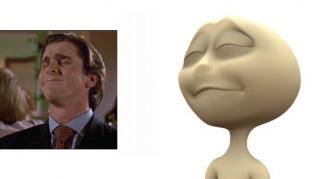 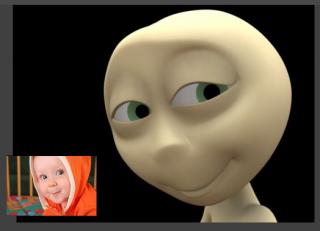 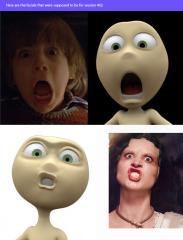 Posted on February 5, 2007
Filed Under Animation Mentor | Leave a Comment 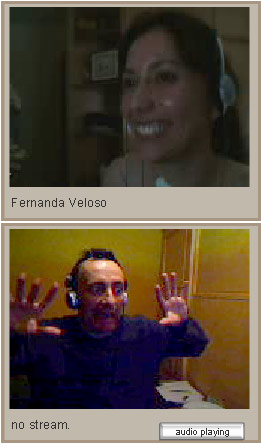 The Bobby thing is to manage to make a funny face just before you get cut off by the camera so your face stays on the screen till the next person comes on screen ;-)

i managed to do the Bobby Beck thing today with my Alumni Tutor and great animator Fernanda Velozo (check Animation Mentor showreel to see her work).