D23 2011: A Conversation With The Pixar Creative Team Panel

Posted on August 29, 2011
Filed Under Animation | Leave a Comment

If you couldn’t make it to Disney’s D23 event last week in Anaheim, here is a 1h30 recording of a panel with the Pixar Creative Team

You can find more articles on the Pixar Times blog

If you ever wanted to try Zbrush but couldn’t afford it or were just put off by the interface, don’t despair! Blender comes to the rescue again!

Here are two really cool videos where you will be able to witness how awesome Blender, a FREE software is! This time you won’t have to listen to my silly comments or watch me looking for tools as a master modeler/sculptor will take you on a tour.

The first video is a sped up version of the second video, a teaser if you like. The second video is a 1h30 mins long sculpting walkthrough were you will be able to follow Roberto Roch and watch him work in realtime. Check this out, they are both in 720p!!! 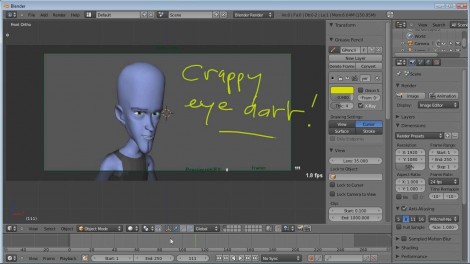 Even if you are a regular Maya, 3dsmax or XSI user, I think you should check out the following videos as I am sure you will be able to find a use for Blender pretty fancy tools.

The first one I want to demonstrate today is the Grease Pencil, a nice feature that allows you to draw on the 3d viewport and write notes but also make quick thumbnails animation! Sorry for the low framerate, I realised it too late but will record an other animation example very soon.

As you will quickly realise, I don’t have much experience with Blender but I keep wanting to discover more, remember Blender is a free software and the developers keep updating it to make it more user friendly. Version 2.5 has integrated a lot of improvements and the software will get better and better from that point.

Towards the end of the first video I am getting a bit lost trying to find how to enable the Audio Scrubbing so feel free to jump to the second add-on video so I can avoid embarrassment ;-)

To Blender experts reading this, how would you go about exporting the grease pencil notes/sketches to a video or even just an image sequence automatically?

So far I have two techniques that are not very user friendly but at least they work and will generate an image sequence which you can import into any 3d or editing software:

1. use a software like IrfanView to take a screenshot automatically every second and manually jump from frame to frame
Quickscreenshots might be an other simple alternative with an incremental saving hotkey CTRL + ALT + w http://code.google.com/p/quickscreenshots/

2. use the Blender Screendump function. Press CTRL + F3, press the + key to increment the file name and press Enter to Save.

[update thanks to Ljoel] Forget about all that exporting nonsense above, the solution is to use the OpenGLviewport capture ;-) Here is where you will find it 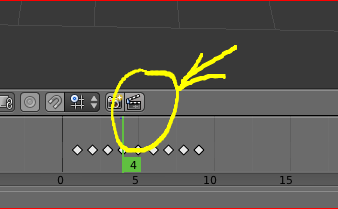 Jing is a really cool freeware from Techsmith that allows you to take screenshots or 5 minutes videos, add notes and automatically save them to your FTP server, Youtube, Facebook and other social website. In the process it also feeds your clipboard with the web server path information so you can share it with everyone immediately.

The compression is not always the strongest but it makes things so easy by automating entirely the whole process. It is a bit like Dropbox from what I understand, but without the privacy issues.

Here is a screenshot example using a great pantomime shot by Brad Kinley. No, no there is nothing wrong with your shot, that’s only an example Brad :-) I encourage everyone to check out his website, he has a great showreel and nice tutorials.

Setting up Jing to automatically copy the FTP information to the clipboard takes a bit of fiddling so I made a PDF to help you out.