This week, we were asked to design two characters interacting on a park bench. The designs were supposed to support a storytelling moment.

Here is what I came up with. I felt the need for a title as I wasn’t too sure people would understand what this is about… 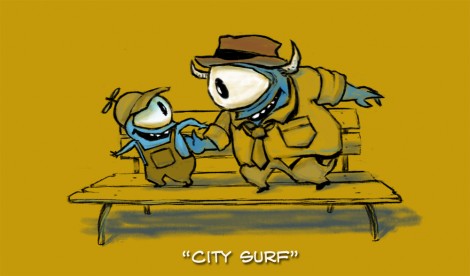 The secret to becoming a better artist

Posted on May 29, 2012
Filed Under Drawings, Education, Portfolio | 4 Comments

I was browsing this kid’s blog the other day http://devon-stubblefield-interview.blogspot.fr/ and something he left in his comments section struck me.

I think he said he regularly fills up one sketchbook per week., granted they are only 100 pages, but still…

I never believed in talent so this only confirmed what I always thought. Success comes with dedication and drive. The more you want something, the more likely you are to reach it.

For the little story, the guy is only 17 years old, he already interned at Disney and is now heading for a summer internship at Pixar with my friend Pris and Richie…

Since I attended Animation Collaborative with a bunch of crazy artists (I will post about it as soon as I can), I have also started carrying a sketchbook and mechanical pencil in my hands at all time. As soon as I find myself waiting or idling, I open the sketchbook and start drawing. This is a great way to improve and also to remember situations and events.

Here are two of my latest sketches drawn while waiting for my friend Sebastien and an other one on the Ferry between France and England. I was really surprised to see that guy on the second drawing with a pen in his hand, I thought he was also sketching but he seemed to be composing some music. Nothing like pen and paper I am telling you! ;-) 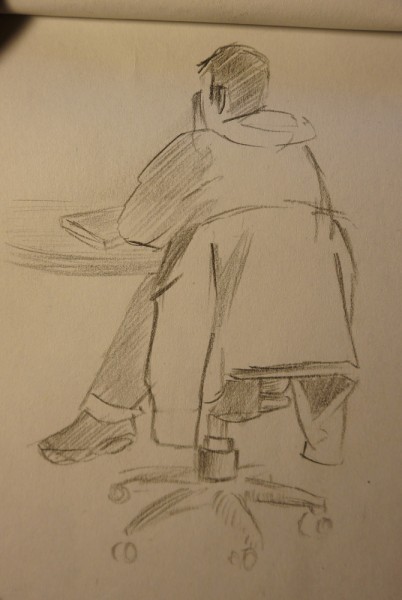 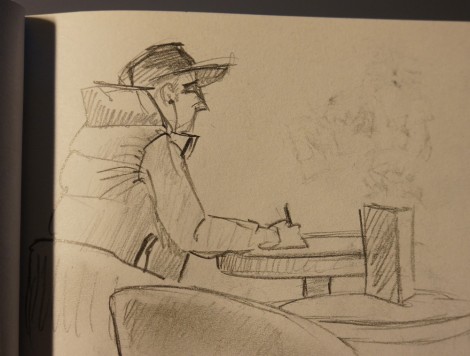 This week Steve asked us to analyse some movie sequences in thumbnails, I chose one of the first sequence from Akira Kurosawa’s very graphic movie Ran. I could have used some tones but I am not very good at that yet. Instead I went for clean sketches. This exercise is very interesting as it makes us really pay attention to the kind of decisions directors take. The use of long lenses here is very unusual. 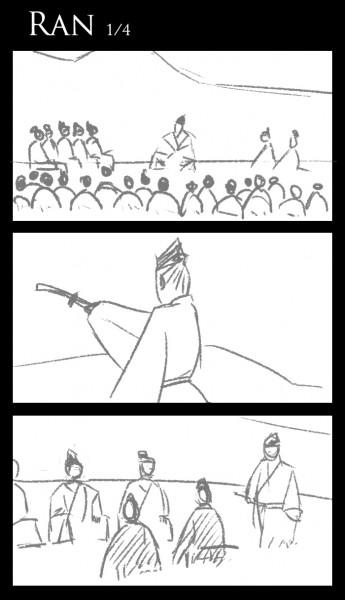 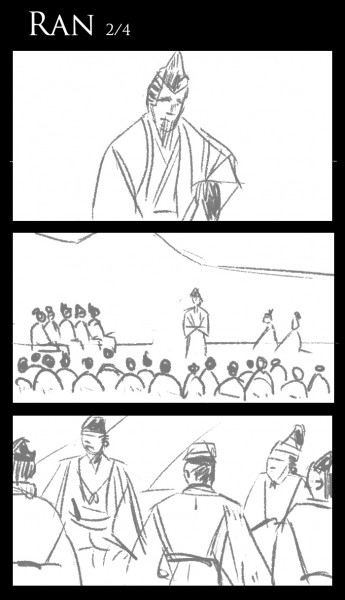 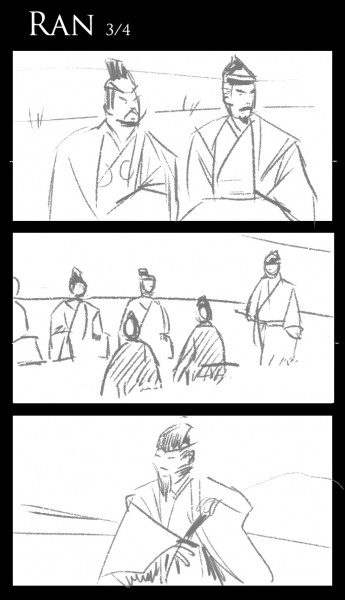 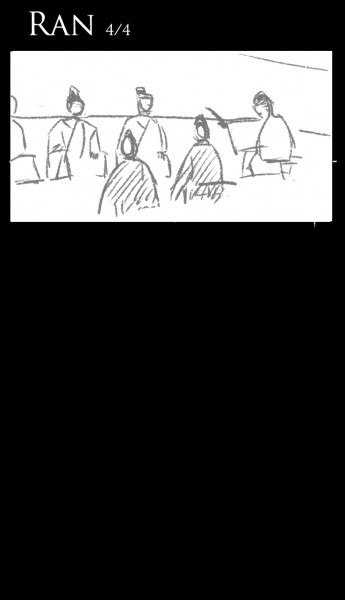 The second assignment was to get acquainted with camera lenses and different type of cinematographic shots. I now a thing or two about camera lenses so instead I decided to do some sort of tutorial. The panel 03 (Change of lens with moving camera) is probably the most interesting. For that one, I wanted to show how flat the picture can look when using long lenses. It is a great trick when you want to frame two character of different height or if you want to make the distance between two characters seem smaller. 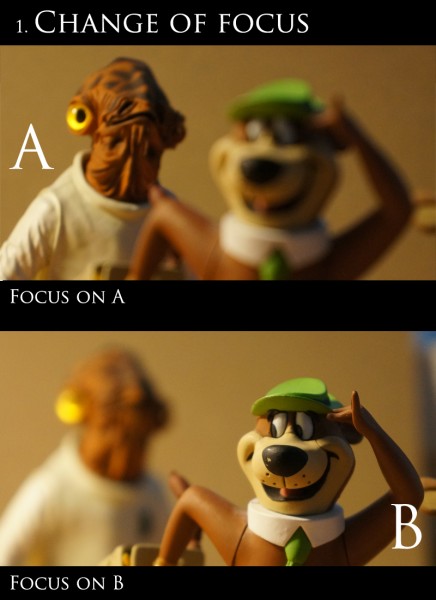 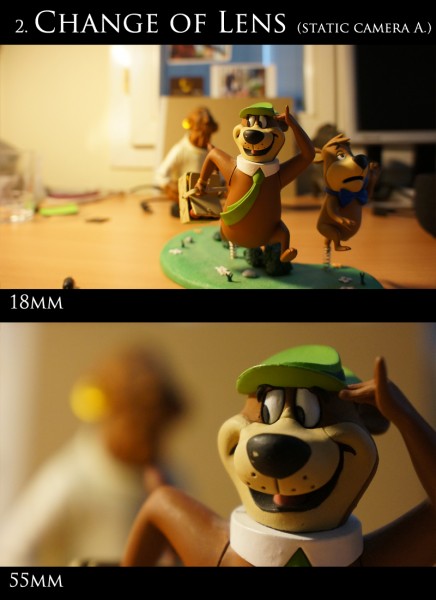 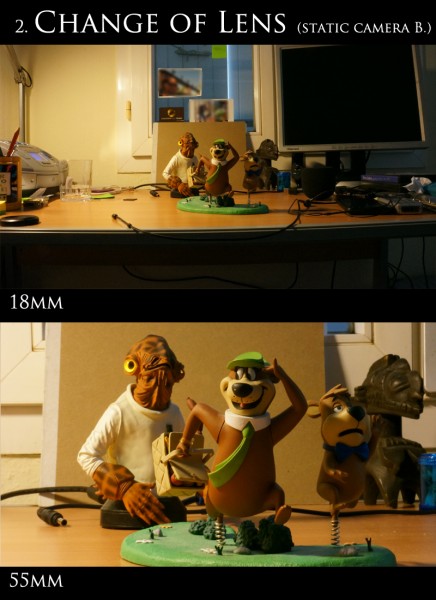 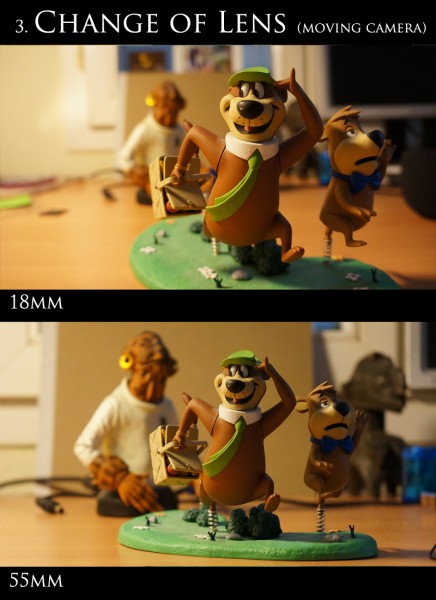 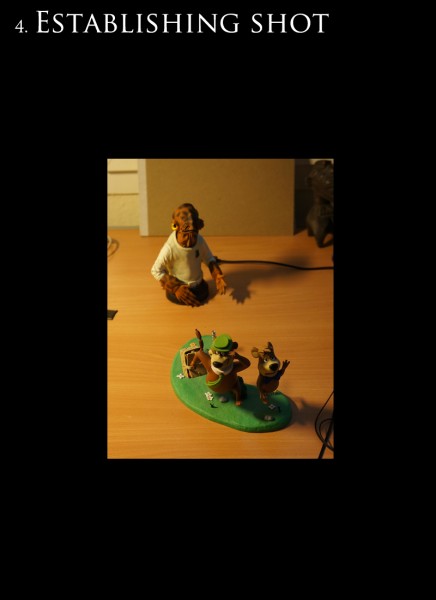 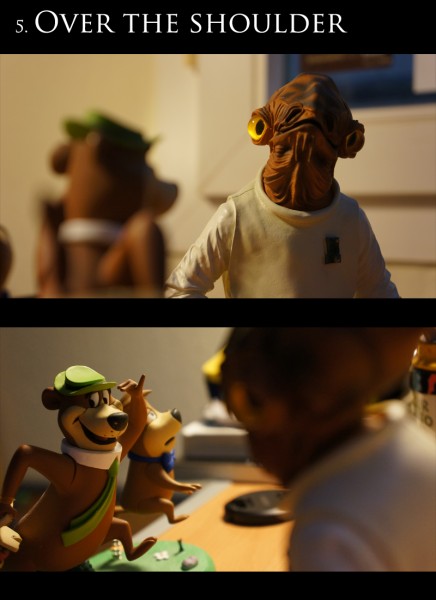 Posted on May 22, 2012
Filed Under Character design, Drawings, Portfolio | 1 Comment

This week we had to design the head of three librairians. I finally got around to create a Photoshop brush I am happy with. Not too clean and not too rough. I did a quick colour pass just for the sake of it. Nate showed us his painting technique this week so that is what I will be using in the future.

Till the very end of the week I wasn’t happy about the roughs I came up with. Only few days later I finally saw how I could make those designs more appealing and more cartoony. They still lack some acting Nate will probably say, let’s see.