I will elaborate a bit more on this soon but as a summary, I bought the Pinnacle basic DV card last week and after trying to get it to work for more than 6 hours I gave up and decided to try to return it to Dixons on Oxford Street. Guess what, the shop changed name and is now called Curry. The DV card was bought 18 days ago which would normally exclude it from the Refund/return scheme. Surprisingly it was very easy to have it swapped for a Pyro DV card, I just said the product was faulty when it was probably a problem with shitty drivers. Since 95% of PC World/Dixons/Currys staff has no clue about the stuff they sell (except expensive Insurance covers), they just accepted the return. No clue about what they sell? Ask them if their DV camera can shoot full frame or if there Tape player do NTSC playback.

Don’t be fooled and buy a Pinnacle product thinking that with the forum they have if you run into a problem it will be quickly sorted out. I plugged the Pyro card and XP recognised it righaway, no drivers needed. Altogether that was 8 hours wasted instead of 8 hours of animation.

Posted on March 16, 2006
Filed Under Animation Mentor, Drawings, IT | Leave a Comment

I have been very busy lately and couldn’t finish my last 2 assignement on time this week. Got a D mark which is not good but my bosses were opening a new internet café and I had to do all the networking, server, workstation setup.

The internet café is now ready but I was also involved in the design of www.stagknight.com which had been taking all my energy for the past 2 weeks. I eventually managed to pass the website to my friend Sergio from Vulcanstudios.com all for the best. Stagknight is a comic/horror movie (“Shawn of the Dead” kind of stuff) that should be coming out around July. Virals online soon. 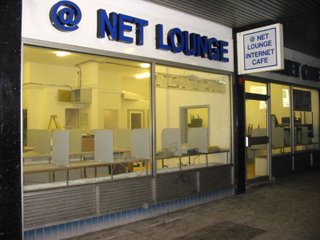 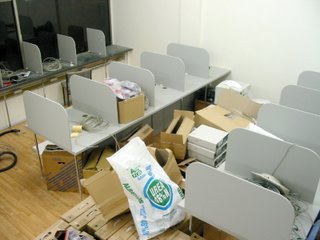 Today we had our weekly London Animation Mentor lunch at the Newman Arms where we ate delicious Pies and Matt Morris joined us after a 2 month break from Animation Mentor.

It is now time for me to catch up with my previous assignement and try to get some good marks. ;-) Would be a shame to fail on the first assignement that belongs to a showreel….

Oh oh oh… I was about to forget last week sketches and Stu pose: Concerned 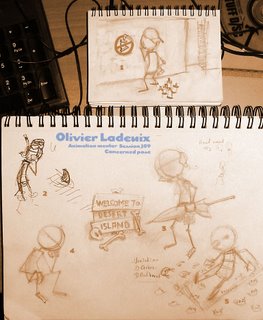 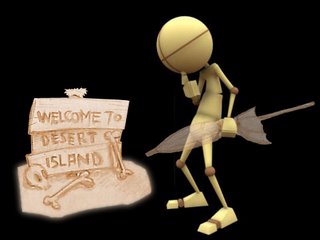 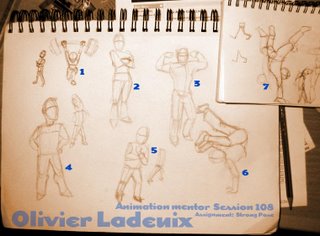 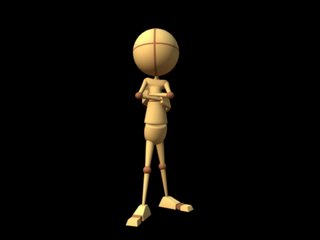 Revision, much better isn’t it? 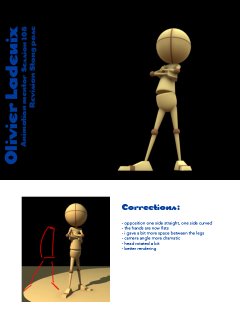 That’s some fancy PC you have got!

for those of you wondering what kind of equipment you need for Animation Mentor, here is a picture of my current computer. Yes it is fancy but not really in a cosmetic kind of way ;-)

You might want to get a trolley to be able to move the pc around without disturbing the layout! For the people with very sharp eyes, yes it is resting on an old VCR and a piece of cardboard for insulation and yes the MOBO is a bit big so the DVD burner is laid over the PCI port….. 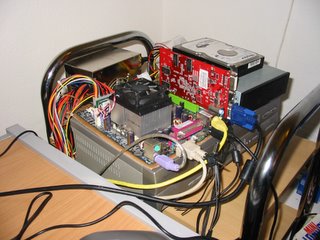