‘He died in the war to save people like you’

I was watching this great documentary about British comedian Marty Feldman this afternoon. Too bad he died so early. A great talkative Buster Keaton.

Posted on June 16, 2019
Filed Under Acting, Animation | Leave a Comment

Posted on April 6, 2019
Filed Under Acting, Animation | Leave a Comment

Posted on May 13, 2018
Filed Under Acting, Animation, Education | Leave a Comment

10 years ago I came across Allison Rutland’s showreel and was surprised I had never heard about her before. Remember back in those days character animation was very small in UK and studios in London mostly hired people from Animation Mentor / Gobelins and Supinfocom so it was very easy to get to know everyone especially if you were an Animation Mentor graduate. Animation Mentor even got nicknamed the “mafia” by some people at that time since we snapped all the jobs.

I was impressed when I saw her reel and especially that last emotional acting shot that immediately reminded me of the work coming out of AAU’s Pixar Class so I wasn’t surprised to hear she landed a job at Pixar.

Finally many years later and after she had a very successful career at Pixar I was very happy to hear the story about that shot and I wasn’t surprised to hear it was  a shot that took her close to 2 years to finish. I also have several shot that have been on the backburner for just as long so I totally relate.

Go check it out it is a very interesting interview where she shares the struggles of her journey and she mentions “There will be blood” which also happens to be one of my all time acting favorite movie featuring Daniel Day Lewis.

Thumb up to “On Animation” for providing all the footnotes you might want to check out.

Posted on May 13, 2018
Filed Under Acting, Animation, Character design, Education | Leave a Comment

When CG animation came out, it looked so different and so fresh compared to 2d animation that we could get away with a lot but the novelty effect has faded and the bar has been raised very high with CG entertainment. Funny enough, technology is finally enabling us to … go back to the appeal of the 2d aesthetics!

Shaping the mouth corners is  one of those 2d tips used in top studios to make the characters look less CG. By moving the outside corner closer inside the silhouette of the character, you will make the mouth shape more stylised and closer to what an illustrator would craft rather than a stupid computer.

Doesn’t the tweaked mouth shape look clearer and more appealing on this Sony’s “Angry Birds movie” presentation? I am posting the picture twice just so you can flip it and the link to the video is below.

Posted on May 13, 2017
Filed Under Acting, Animation, Education | Leave a Comment

A friend who is a professional TV series animator was telling me yesterday that he wants to attend a body mechanics workshop rather than an acting one. My answer was unequivocally to do an acting one instead.

Acting is the most difficult skill in animation and being a professional animator, one already have a grasp in body mechanics, substantial enough to support any performance.

If what you want to end up doing is acted performances and you are already a professional animator, don’t waste time and focus right now on producing shots that will show the recruiter you can do the job you want to do. With all the feature animation gigs going on right now, there is an urge to jump on those opportunities. In one year time, those productions will be finished and it is very likely that you will be facing the competition of hundreds of seasoned feature animators who took those opportunities when you didn’t.

I just came across that video by pure luck some time ago and it showed me how little I knew about acting. Too be fair we don’t all want to create that kind of performances in animation but it is a good wake up call. I am adding the Captain Underpants theme song as ….. we don’t all want to end up doing serious animation after all!!! ;-)

Using yourself as a reference when animating is great but can be very limiting as we can only refer to ourselves and our experiences. Also, people react very differently when in a crowd like in the following examples so there is nothing better than going online to look for ideas.

A while back, Buzzfeed posted some amazing references of people being scared at when visiting “scariest world famous haunted house attraction in Niagara falls”.

Here are just three examples. See how some people use their friends to shield themselves by grabbing them, have a gander, it is pretty hilarious. 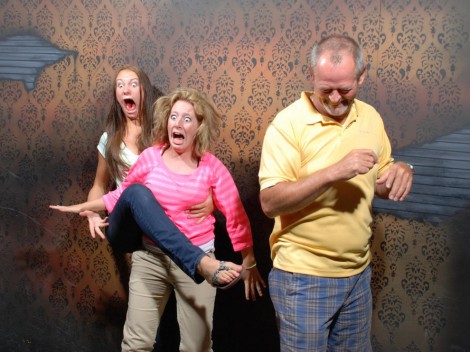 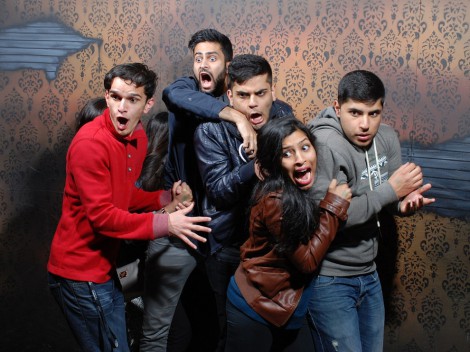 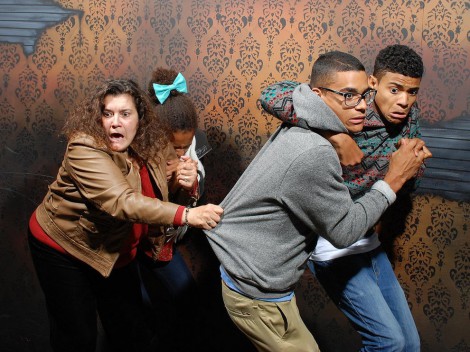 Some time ago I was asked to animate kids and I know how different kids move compare to adults or teenager but I didn’t dare looking for references on Youtube and risking to be flagged by the Internet police ;-)

Fear no more! I just found “Hajimete no otsukai” a great TV show featuring kids asked to run some errands for their parents while secret cameras are recording them ;-) Perfect reference!

Here is one video and you can find several episodes at the following link: 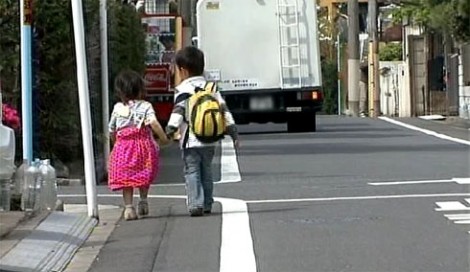